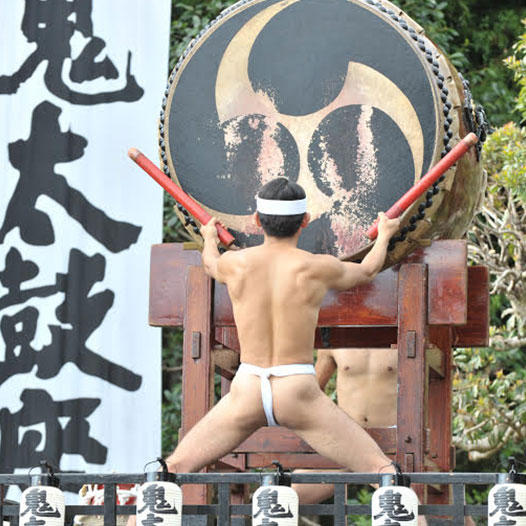 Ondekoza was formed in 1969 under the direction of its founder, Den Tagayasu. The group was originally created on the Japanese island of Sado, where a group of young men and women gathered to follow the ideals of Den Tagayasu. Since then Ondekoza has expanded across Japan and the rest of the world, popularizing taiko along the way. They are widely recognized as one of groups to have set the groundwork for taiko as a performance art.
At the foundation of Ondekoza’s activity is the principle of “Sogakuron”- that “running and drumming are one, and a reflection of the drama and energy of life”.
Living in the city of Fuji in Shizuoka, Japan, Ondekoza members live together and run together at the base of Mt. Fuji.
As of 2008, Ondekoza launched a new project under the title of “Music & Rhythms”. The project aims to “connect the children of world through musical experience”. Not limiting itself to taiko drums, the project uses a creative variety of expressive tools to promote the freedom of expression and the limitless possibilities it brings. 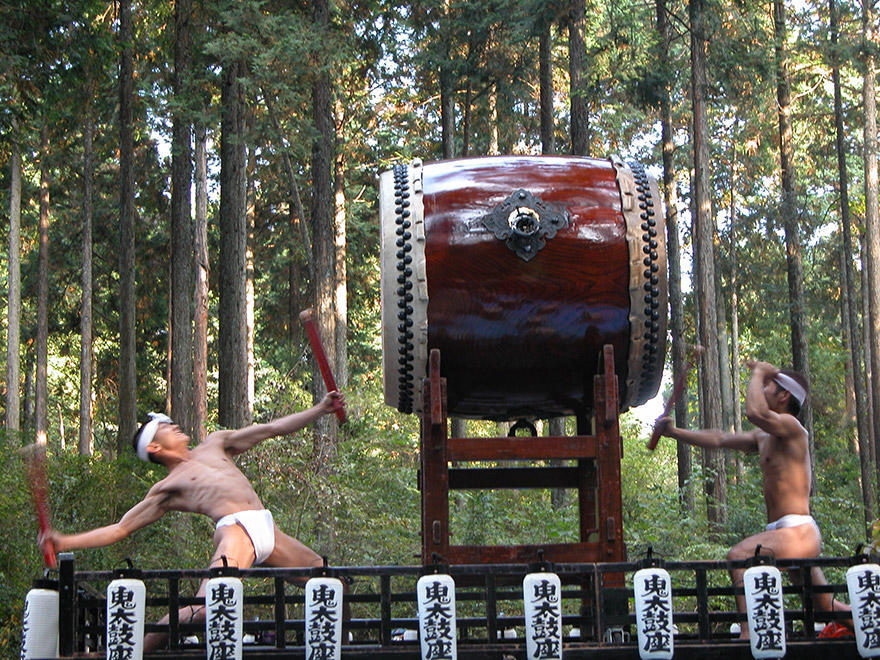 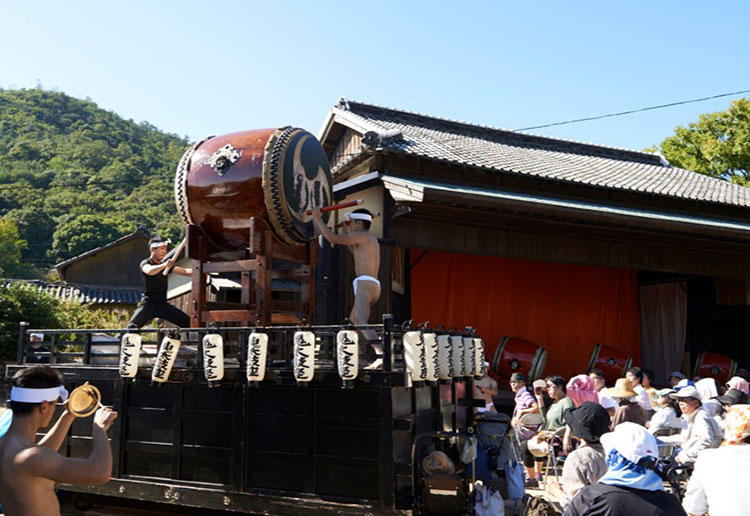